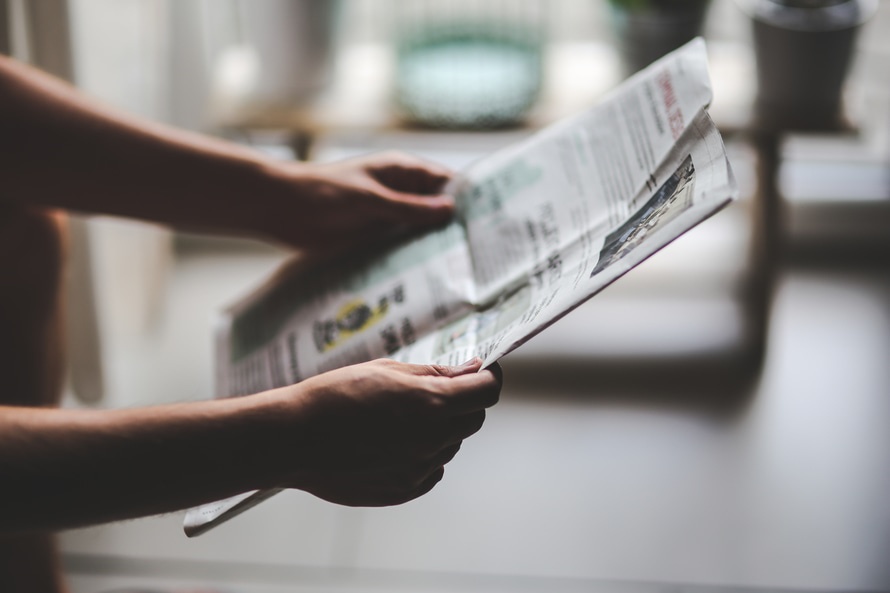 “Did you hear about what happened to her?”

“She missed a lot of classes ‘cuz she got pregnant.”

“I bet her ‘rents wished it was a joke.”

But, the whole idea behind this rumor was meant in simple passing—a joke in of itself because she’d never do it in the first place. She’d never sleep with anyone without at least using protection first. That was the whole point of it. It wasn’t meant to mean anything other than a good laugh amongst friends.

That’s how easy it is to spread a rumor—to weave lies into what could be barely considered truth to begin with. Everyone’s started a rumor or was the beginning of one long gossip chain before in their life—I was a part of this one. I won’t lie and say that she didn’t deserve the crap she got from it.

I’m from a small town—surrounded by nothing but people who just love to gossip and digging their noses in everyone else’s business. It’s practically a part of our damn genes to talk about everyone and their damn mother. I don’t even know who to blame for that other than the fact it’s pretty boring being raised up in a tiny town—though, our town isn’t as small as, say, Charleston, MS. The fact that we have to drive almost two hours just to go watch a movie or go shopping is pretty ridiculous, and hardly anyone has time for that.

You have to make plans for that because as soon as anyone finds out you’re going to Jackson, you best believe they’re gonna wanna go, too.

“Can we go this Friday?”

“We can go to that new store in Renaissance!”

Yeah. Kinda why people want to gossip or spread rumors they believe as fact. Maybe it’s because we’re naturally curious about everyone else and what they’re doing right this minute that we stick our thumbs in everyone’s pies. Or that we have to hear or see what’s going on just for entertainment purposes only. Yet, there’s still more to rumors and gossip than just the people who’re a part of the rumor mill and simply spreading what they heard. No, what’s worse than that is being the one who started the whole thing in the first place.

“Hey, Taylor, you know Stacy, right?” Kat asks, already proud of her plan and the lie she’s made up for why Stacy went to the nurse’s office this morning.

Taylor, curious, immediately turns her head away from the other conversation she’s having with her boyfriend and walks over. “Yeah, why?”

“She went to the nurse’s office this morning because she hasn’t eaten anything in four days.”

“Why would she do that?”

“Wants to get skinnier for her prom dress so she’s starving herself—I heard she might have an eating disorder.”

Taylor raises an eyebrow—Stacy wasn’t even 175 lbs. dripping wet, but maybe she thought she could lose some more weight?

“She told me herself—I was there with her when she went to the infirmary.”

I’m more than positive everyone reading this bit of dialogue thinks this is a little out there, but it can happen—it probably already has happened and you didn’t even know it. Rumors can be anything and sometimes it’s hard to discern what’s fact and what’s not. Stacy probably did go to the infirmary because she felt dizzy for whatever reason, but it wasn’t because she was starving herself. Kat said those things just because it would bring a little spice to the whole situation, but now Stacy’s reputation and her mental state will be called into question by the other students and, possibly, the faculty.

I bring up this example because people, in general, can be crueler than anyone may realize. Especially, teenagers. What does it matter, right? It was all one big joke—haha! Good one! Yeah, no. When it comes to someone’s reputation, that’s line no one should ever cross, but yet we still do it anyway because screw the consequences. Need I mention 13 Reasons Why and Hannah Baker?

There’s a reason why most people will say small towns are the worst to live in. Why kids who grow up into young adults want to move away to a big city where not everyone’s second cousins and grandparents know what they’re doing 24/7. Why small town college students live so far away from home. They want to get away from the societal backlash and the pressure of being watched by not only their family but the rest of the town as well. Can’t say I blame them—I have often grown tired of living in a small town myself. I want to be away from the rumor mill. Especially since I’ve been a part of a terrible eruption.

Remember that little piece of dialogue in the beginning? Yeah, I started that. All of it. Granted, it was only meant as a joke and to my group of friends, but someone overheard us. Suddenly, I was a part of something much bigger than a simple joke. A joke that I felt was possible but not completely probable because I’d expect her to be little smarter than that. I told myself that I wasn’t like the other girls who’d start rumors just for the sake of starting a rumor—that she’d deserved it because I didn’t really start it in the first place, someone else did and, therefore, it wasn’t my fault.

What a load of crap.

It doesn’t matter if it was overheard or I directly said it—I wasn’t owning up to something I had said. As a matter of fact, I refused to because this girl was getting a lot of attention that wasn’t really warranted. She was the butt end of a joke for months until the rumor eventually died down. I never told her and I probably won’t now, but that’s my own fault for not owning up to it at the time. There’s still a part of me that’s a bit remorseful and another part of me that thinks she ultimately deserved it.