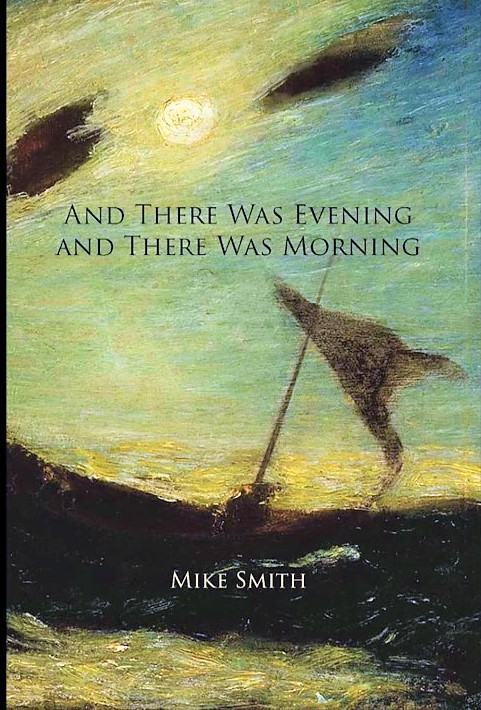 Mike Smith, author and English professor at DSU, has recently released a new book of essays: And There Was Evening And There Was Morning. The essays detail his experience witnessing his first wife’s illness and death and his step-daughter’s illness and recovery.

Smith published the first essay in the book, “My Two Emily’s,” in 2015. His original thought was to write an essay as a way of publicizing his wife’s book, which was being published posthumously. The idea to tell his step-daughter’s story came afterward.

According to Smith, “I realized that I had something a little larger than to just try to put the word out about her book. The weird thing about that memoir is that the basic narrative is told in that first essay. The events are all there from the beginning, and then it’s a matter of making sense of them after that.”

Smith said the structure came as a happy accident: “The story in microcosm had been told. No events of my life had impacted me more, so I felt that there was more for me to uncover. It began and ended with those odd parallels between the two stories.”

Essay lead to essay for Smith. There wasn’t a comprehensive plan. Because of this, Smith’s editor was helpful in reorganizing the essays.

Smith intentionally tried to write in a restrained way: “The emotional cost of writing these essays was so great that, at every second, it threatened to overwhelm me. I thought only by drawing a stark line and trying to embrace a restrained kind of voice, I could avoid that. I suppose and hope that that led to a stronger voice in the book that, hopefully, engenders emotional resonance in the reader. But really, it was just a survival technique.”

When Smith got back the first edits from his editor, he began to think about organizing the memoir as a kind of a musical composition: “I began to try to structure the book the way Bach structures a fugue. That did impact the revisions. I thought the the first essay could act as kind of an overture.”

Smith is primarily a poet. This is his first book of essays, but he did first try to tackle the subject matter of his first wife’s death as poetry. He wrote a small chapbook of poems in which each poem began with a letter of his first wife’s name, spelling out “Emily” across the poems. “That was important for me to do for the purpose of processing my grief,” Smith said “But it didn’t really tell her story, and that’s what I was going for. I found prose was much better suited to doing that.”

Smith is a Virginia native, but work on these essays began and ended in the Delta. He said the community here was a great help to him.

“They didn’t know us very well when my daughter became ill; it was our first year,” Smith said. “Delta State really represented, to me, a restart to my life in a lot of ways. Jennifer and I got married two days before we arrived on campus. It’s probably no accident that I began to write in prose after my arrival here. Before, I’d thought of myself completely as a poet. I even resisted writing reviews in prose.”

Smith believes that living in the Delta has had a large impact on his writing: “It’s hard not to be influenced by your surroundings. I certainly seem to be attracted to extreme geographies. My hope is that the book is infused with my surroundings and the people that make up those surroundings.”

The official launch of And There Was Evening and There Was Morning was in San Francisco on Sept. 14. It is available now through all the online sites, such as Amazon. The campus bookstore will have books available there.