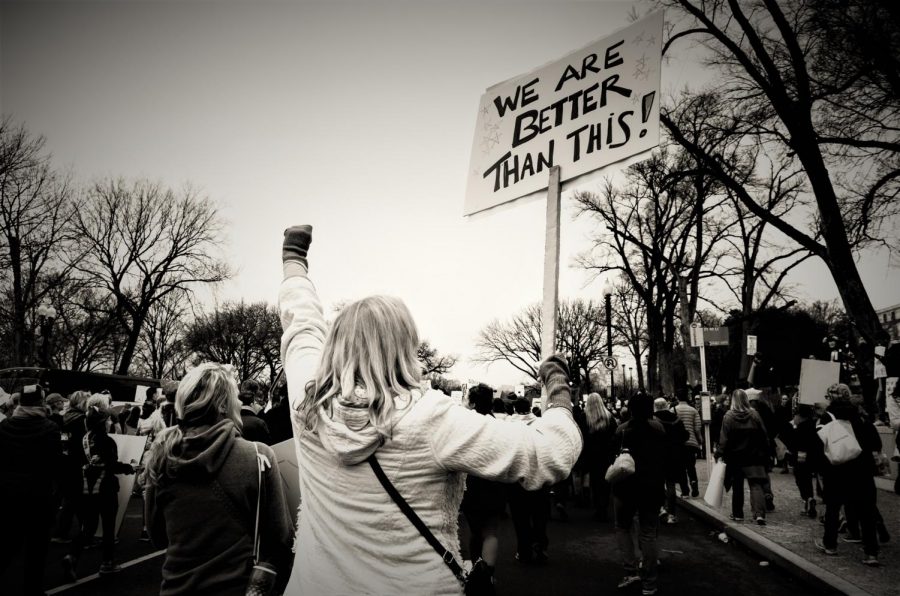 In recent news, there has been more talk about neo-Nazism groups taking a more active role in protests and/or rallies. While neo-Nazism has been nearly unheard of in the U.S. until the bloody Charlottesville incident a few months ago, neo-Nazis groups like the political American Nazi Party have been growing in popularity and violence. Jeffrey Tucker, author and founder of Liberty.me, wrote that this sudden rise in neo-Nazism has something to do with President Donald Trump’s 2016 campaign, which Tucker describes as “[President Trump’s] free-wheeling style and open attacks on immigrants and foreigners, and hardcore promotion of trade isolationism, has emboldened [neo-Nazi groups] as never before.”

However, it still calls to question: “Why are neo-Nazi groups coming to light only now?”

First, to better understand why there is a sudden rise in neo-Nazism in America, it is important to understand what exactly they are. According to the Southern Poverty Law Center (SPLC), “Neo-Nazi groups share a hatred for Jews and a love for Adolf Hitler and Nazi Germany. While they also hate other minorities, gays and lesbians, and even sometimes Christians, they perceive “the Jew” as their cardinal enemy.” Like white supremacist factions, neo-Nazis believe that minority groups like Hispanics, African-Americans, and other immigrants should be prevented from entering the country, but unlike white supremacist groups, neo-Nazis emphasize on a “revolutionary creation of a fascist political state.” They are just as capable as other extreme left groups in partaking in violence, and their ideals have led in the past to massacres such as 1995 Oklahoma City bombing.

Elizabeth Flock, a writer for the U.S. News, discovered that there are “more than 1,000 resurgent Nazi groups today—155 of which are within the United States.” The two most known are the American Nazi Party (ANP) and formerly the National Alliance (NA). Led and founded by William Pierce in 1970, the NA was one of the notorious neo-Nazi organization with genocide in ideology that “produced assassins, bombers and bank robbers, among other things.” Pierce wrote several books under a pseudonym, one of which (The Turner Diaries) led to the ’95 Oklahoma City bombing of a federal building as well as other acts of terror, but Pierce would die mysteriously in 2002 and the NA would break apart due to in-fighting.

While the NA was exceptionally more violent, the ANP claims “their primary goal is to attain the Fourteen Words: ‘We must secure the existence of our people and a future for White children.” Katie Rucke of MintPress News discusses what the ANP’s goals are as a neo-Nazi organization and how the group considers themselves as “not supremacists, rather [they] are separatists;” however, like all neo-Nazi factions they hate homosexuals and minorities who take away potential jobs and homes away from Aryans, or pure white people of European descent.

That being said, the neo-Nazi organizations have become a part of the social media spotlight as racial tensions begin to rise. Racism and white supremacy have always been a part of America’s history, it has not disappeared despite what most people think. In recent years, it has remerged from the shadows and proven that America has still a long way to go before racism and full equality as well as understanding can be achieved. Since President Trump’s presidential campaign in 2016 and presidency, there has been a rise in violence and a revival of formerly small neo-Nazi groups.

Tucker said from the very beginning of President Trump’s campaign that he had “the neo-Nazi support” and it was an established fact. According to his research, Tucker found proof that “[notorious] racist, anti-semite, and unapologetic former KKK grand dragon David Duke has endorsed Donald Trump for president.” When President Trump was asked about all of this, his response was that he didn’t know about it, but it wasn’t surprising since “everyone likes me,” according to Tucker’s article.

Yes, the president’s views toward immigration and minority groups, and the callousness toward the Charlottesville incident can show an indifference toward hate-affiliated organizations like the Ku Klux Klan or neo-Nazi factions. Yes, the violence with neo-Nazi and other groups like it has begun to rise to the surface since Trump became president. Does this mean that more racist organizations will continue to appear to share their racism and white-supremacist ideals? Possibly, but racism has always been around since the very beginning of our history and will continue to spread the more people try to look the other way. Having this indifference toward neo-Nazism, racism, and white supremacy is the reason why all these factions have begun to emerge from the shadows. They were given the chance to take root and grow in that hatred, and the only way to get rid of weeds is to tear its base so it can no longer infect the garden.

Neo-Nazism has always been around and will continue to grow like weeds in a flower bed until we stop turning the other way and actually pull the weed out.