iPhone Conspiracy Theory: Behind the Screens

Are iPhone users just exaggerating with this whole, “Apple messes with my phone every time a new one comes out” theory--or is it true? 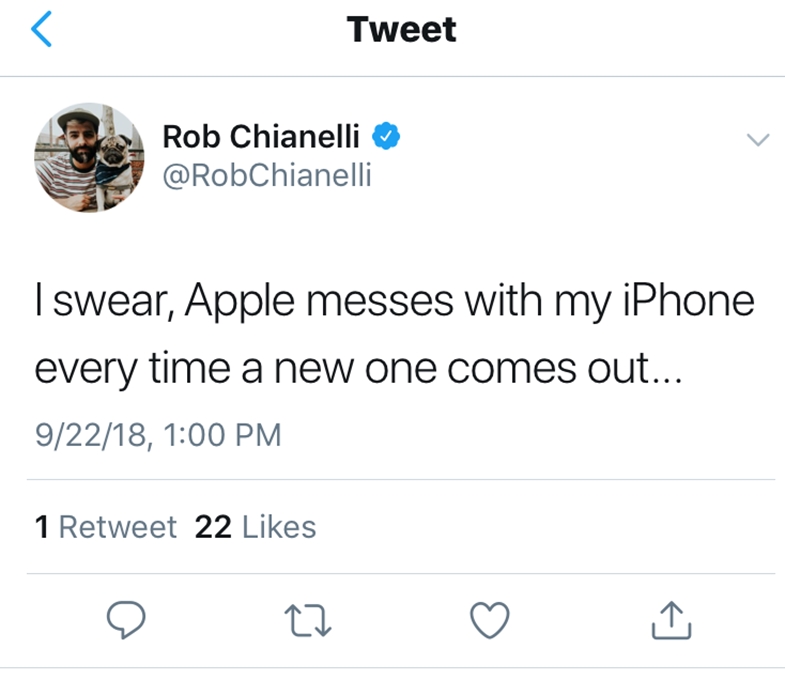 For years now, many iPhone users have stood with the belief that there is some type of conspiracy when it comes to the releasement of new iPhones. Many people believe that every time a new iPhone comes out, which is usually annually, the older iPhones begin to malfunction. They believe that Apple purposely makes the older phones malfunction, forcing customers to go out and purchase an upgraded version of their current phone or even buy the newest iPhone.

In fact, the most recent Apple product and newest addition to the series of iPhones is the “iPhone XS,” which came out on September 21st of 2018. Immediately upon its release, people ran to Twitter and began Tweeting about how their current iPhones would soon start to “act up” because of the of the new release. So, is any of this true? Or are iPhone users just exaggerating with this whole, “Apple messes with my phone every time a new one comes out” theory?

In an over-the-phone interview with an 8-year iPhone user, the Delta Statement asked him if he has ever experienced any problems with his phone whenever a new phone has been released. In a very detailed response he stated, “All the time. In fact, it’s glitching now.” He continues that, “A few months ago, I had a daily message to update my iOS software for almost a year. I hate updates because they always screw up ..so I would never do it. Then, just a few months ago it updated on its own overnight and every since then it’s been glitching. Shutting off on its on, non-responsive sometimes, slow, and the battery life is nowhere near what it used to be. Now, I’m lucky to get two hours’ worth of battery life from it. I ended up just replacing the battery altogether.” When interviewing other users, their responses were all very similar to this user’s response. In fact, they shared a lot of the same technical problems.

In further research in to the whole iPhone conspiracy, we came across an article written by a contributor of Forbes Magazine. The article, written by Adam Sarhan, is titled, “Planned Obsolescence: Apple Is Not The Only Culprit.” In the article, Sarhan talks about how Apple “got smacked” with a class action lawsuit after the company admitted to slowing down older iPhones. This is an act or technique known as what many call “planned obsolescence.” Planned obsolescence (or built-in obsolescence) is, “a business strategy in which the obsolescence (the process of becoming obsolete—that is, unfashionable or no longer usable) of a product is planned and built into it from its conception. Interestingly enough, however, everyone does this same thing, not just Apple. Other companies use this same business strategy. From car companies such as GM Motors, to other cell phone companies such as Samsung.

As you can see here, Apple is not the only company to use such a strategy, however, they are one of the only companies that has been called out on the business strategy. Time and time again, iPhone users complain and joke about how their phones are constantly affected by the newest Apple software, yet they always seem to stick with the company and ultimately end up either upgrading or just buying the newest phone. Why though? Why don’t they just drop Apple and go to another company? That’s the same question the Delta Statement asked them in their interviews. One user claims that, “[t]he answer is easy: Performance, power, tech advancement, speed, and ease of use.” Another user claims that she sticks with Apple because, “they still have great products. They have better products than Android and on top of that, it fits better to my lifestyle.”

So after years in the making, the conspiracy has been solved. Not only has Apple admitted to purposely making older phones malfunction, but they have also been sued because of it. However, that has not stopped people from buying the newest and greatest Apple products, therefore, the company is still profiting.  As one iPhone user put it, it’s a lifestyle decision.