Family guy conspiracy theories that might change one’s view to “Just A Guy!” 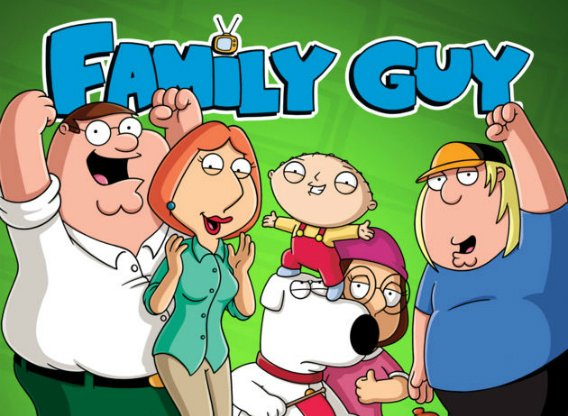 This picture was taken from the following link https://goo.gl/images/33BFgk

One of America’s favorite comedy shows has plot twists that could throw off the way someone views Family Guy. Youtuber, Screen Rant, uploaded some videos in June that answers a lot of questions that have been asked since the launch of the first season. These videos point out connections between the creator, his characters and his show.

In one of these videos, there are theories on why Family Guy can reset every episode like nothing ever happened in the previous episodes. In each episode there is something outrageous that takes place. For Family Guy fans, these events are what help make the show what it is today. The video explains how Peter’s spending habits are being supported by his own son Stewie, who is also the youngest in the family. It also goes into detail on why it is one of the funniest cartoon comedies of its time. The video also gives a good idea on why the characters act and are treated the way they are.

In another video it explains the connection between the characters and the creator of the show, Seth MacFarlane. Each character has their own persona, even the eight different characters voiced by the creator of the show. But out of all the many characters played by Seth MacFarlane, one seems to have the strangest, and closest tie to one of the characters, Louis. Although these are conspiracy theories, the video stressed how Brian, the dog of the show, is a author in Seth Macfarlane’s created show, who seems to share the same beliefs, and the same views of life. This draws a funny illusion to the plot to help prove these claims. The show also wants to make you believe that it is centered around Peter Griffin, who is one of the main characters, but is actually one of the antagonists. If one was to challenge these theories, He/she would have to provide hard evidence as to why Peter is the main character. This theory breaks assumptions spread throughout multiple series, but also brings in other theories such as: Questioning if Family Guy is really Seth’s family, and if he is the creator, which guy does that make him in the family? The video also brings up valid points on why the story is not centered on Peter in the comedy film,  bringing up claims that Peter’s memories are seen through his sons eyes.

Both videos come up with theories that can be backed by the episodes of the show and also come up with other theories that can only be answered through out the show. This is a test to find out the answers to many of the questions asked by dedicated fans. Which also could prove the unanswered theories that were mentioned in the videos, and the ones brought up in the comments of these videos. Majority of the people commenting can be referred to as true dedicated fans or simply as critics of the show, and these fans will be sure to catch the truth in future episodes.