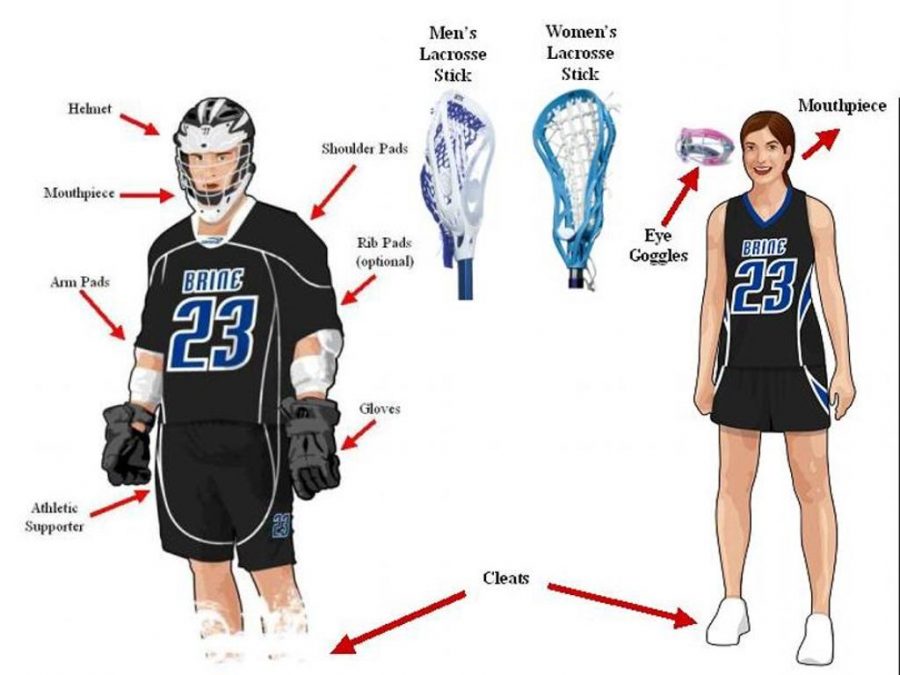 Almost everyone knows that Kobe Bryant is an NBA legend. He played all 20 years of his professional basketball career for the Los Angeles Lakers and in that time accumulated five NBA Championships. If asked, could the average person tell you anything about Diana Taurasi? Probably not. Could they tell you that she, too, is a professional basketball player who has won three WNBA Championships and who is the number one top ranked WNBA player of all time? Again, probably not.

Why is that do you think? Why does everyone know everything about male sports but know nothing about female sports? Where is the divide? Is there a divide? The fact of the matter is this: women’s sports don’t receive nearly as much attention and recognition as men’s sports. Additionally, men don’t even play by the same rules as women do.

Some would argue that women’s sports are just not as interesting as men’s sports. In fact, in an article titled “Why Aren’t Women’s Sports as Big as Men’s Sports Your Thoughts,” by The Atlantic, a contributor to the article argues, “I would have found this article more interesting if the author could have just conceded the obvious fact that elite female athletes are simply not equal to their male counterparts in terms of physical ability—kind of an important thing for an athlete, unlike in other professions. It’s just physiology.”

Unfortunately, this way of thinking is the sad truth of why female athletics receive so much less attention and hype in comparison to their male counterparts. Many people believe that women just don’t have that extra “umph” or that extra stride in their performance that it takes to grasp the attention of viewers like men have. They say that women’s sports don’t give off that same adrenaline rush that men’s sports do when the game is tied and about to go in to double over time.

So, if physiology is the reason why women’s sports are less interesting and why they don’t receive the same amount of comradery, then why is it that the rules make it harder for women to be more intriguing and appealing to fans, since this is what they want?

In an over-the-phone interview, I asked one female basketball player if there are rules that guys get away with more than girls. She answered that, “Guys are allowed to be rough and hand check (put one hand on a person at all times) more than women.”

“Women are immediately called for the foul while the referees will warn guys 2-3 times before actually giving them a foul.”

She continued that she does not believe it’s fair, “because it plays on the stigma that girls aren’t supposed to be tough and that while they’re on the court they’re supposed to act like ‘ladies.’”

Basketball isn’t the only sport in which there is a double standard for women. This same thing occurs in other sports like soccer and even lacrosse. I interviewed athletes who play both soccer and lacrosse, and when asked the same question answered by the basketball player, the answers were all similar.

The athlete goes on, arguing that, “men are allowed to be more physical in that the rules allow for it and they are protected by equipment which allows for there to be more checks (hits, usually with the stick and sometimes with the body).”

In soccer, the double standard in rules and regulations are similar to those of basketball. As a collegiate soccer player and Grade 8 soccer official myself, I have experienced firsthand what it’s like for female soccer players in the realm of rules. They are definitely certain things we can and cannot get away with in comparison to men’s soccer. Men have much more opportunity and leeway to play rough and foul more. They are given caution after caution, granted that the roughness isn’t blatant: that’s when the foul is called. Other than that, men can actually play and avoid getting weak fouls called on them. Women aren’t granted this freedom, and we will receive a foul within seconds of merely bumping in to another player.

So you see, even if female athletes were allowed to play with the same sized basketball, helmets and padding in lacrosse games, or even play with a baseball instead of a softball, like men, the argument that women’s sports just aren’t as appealing wouldn’t even come into question. It would be more appealing, especially if more officials didn’t make a call just because it was a girl who committed the foul and not a boy.