Hang Up and Hang Out Are cell phones hurting social interaction? 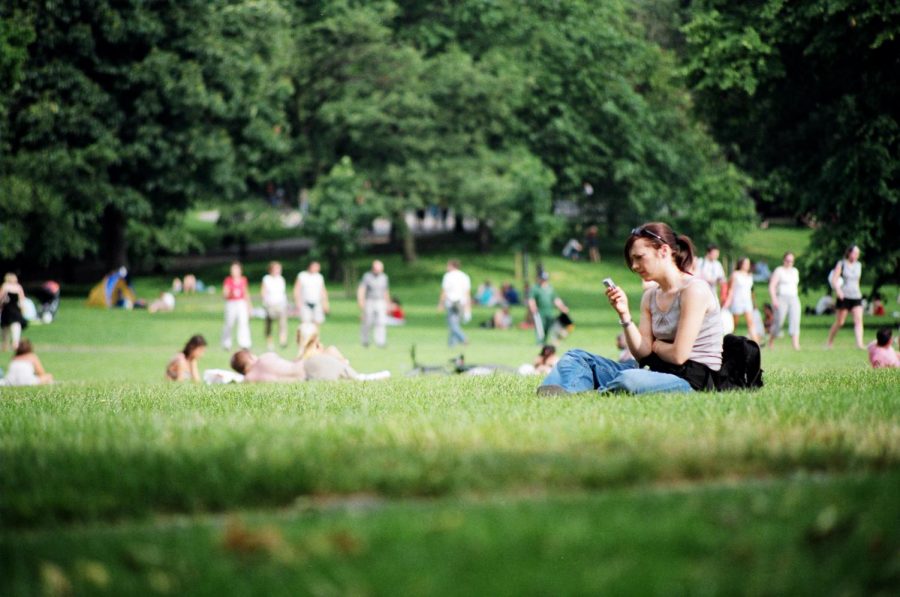 Cell phones have evolved since their creation over forty years ago and have become a major part in the life of an average American. With the advancements in technology, cell phones have morphed into a miniature computer that can be used for much more than just talking on the phone. Although cell phones can connect someone to a variety of things in both the virtual and physical worlds, they have also taken the place of face-to-face interaction. Cell phones, along with the access and popularity of social media, have made physical interactions less genuine and have made people less social.

Cell phones have become a crucial part of people’s lives so much that it is almost impossible to go into a public place and not see multiple people doing something on their phones. This has made people so dependent on their phone that some become addicted to their devices. Dr. Larry Rosen, a psychologist and author who focuses on the use of technology, describes the addiction that is formed when constantly checking your phone. “The Biochemistry in your brain is urging you to check in. That’s really hard to change.”

This fear of being without your cell phone, also known as Nomophobia, is the direct result of the overexposure people have of their phones. But what are some ways we can stop this and not let these devices control our lives?

Monitoring cell phone use can be a tactic that can help keep a balance between personal and cellular interactions. There have been families and groups of friends that put their phones in a pile on the dinner table while they eat to eliminate the chance of someone getting on their phone while at the table. Measures like this may seem extreme to some people, but it is an intentional effort to stay focused on the people in front of them instead of the virtual world on their phone.

There is a new feature that is a part of the newest update for iPhones that helps monitor cell phone use. The Screen Time feature on the iOS 12.0.1 helps monitor how much time the user spends on their phone and can be made to send a notification each week about the time spent on the phone. This new feature is just the latest of Apple’s efforts of trying to help users who want to limit their time on their devices. Along with the established features “Do Not Disturb” and “Downtime”, The Screen Time feature gives the consumer a way to monitor and control their time spent on their phones.

The point of this article is not to say that cell phones are evil and a danger to society, but it is meant to reveal how dependent people have become of these devices and how social interaction has been hurt by cell phones. They obviously have good qualities and do connect people around the world, but it is still important to know how much time spent on the phone is too much. Connections made with phones should not compete with connections made in person, they should compliment each other. The world is changing with advancements in technology, but it is still our responsibility to make sure that technology never replaces personal connections in the real world.