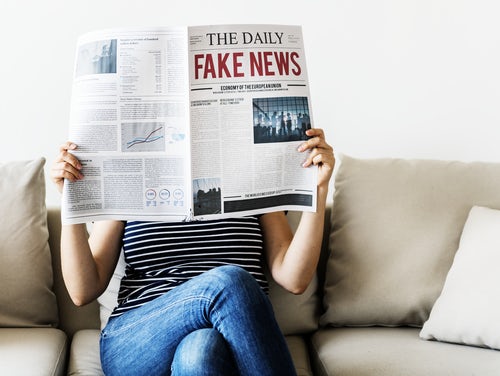 It appears as though fake news has taken to new heights in an attempt to bring down President Trump and his staff. Recently, CNN White House Correspondent Jim Acosta attacked a young White House intern after President Trump attempted to stop him from asking fake questions that would attack the President’s credibility.

Later, the White House Press Secretary, Sarah Huckabee Sanders, issued a statement and a video about this awful attack. The video shows Acosta tackling the young intern. Once down, he then proceeds to perform what appeared to be a touchdown dance.

His press pass was revoked in order to keep the peace at press conferences, to keep all young women safe from his violent tendencies, and to keep his horrid dance moves at bay.

This attack on the young woman showed that these news outlets will stop at nothing in order to get the fake news they desire as other reporters also continued to pressure President Trump into answering trick questions. While none took such drastic measures as Acosta, Trump still felt attacked by these reporters.

However, it appears that the lead fake news outlet, CNN, was not going to back down easily. They filed a lawsuit against President Trump and his staff, claiming they had no right to take away Acosta’s hard pass. The measure was an infringement on their right to fake news, a CNN representative claimed.

The hearing resulted in the federal courts deciding that Acosta should have his hard pass returned. The White House gave in without a fight and returned the hard pass to a hysterical Acosta, who appeared to be almost bursting with joy at the thought of being able to report more fake White House news.

For CNN, it appears as though crying about infringed rights seemed to be effective. The mommy court system has once again successfully allowed for the big guys to get their way: now let’s see which little guys get the downfall.

Over the next few weeks, it will be interesting to see how the news is reported. Let’s just hope Acosta can keep his hands to himself from now on.