Lost in Life? No, Lost in the Park 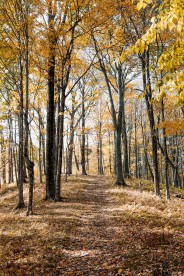 Getting lost in Leroy Percy Park while walking a trail was not how I expected to spend one Sunday of my life, but it made for a good bonding experience.

Going to the park was not in the original plans my family and I had for that day, but due to the (what we felt were) expensive prices of circus tickets, we decided to have a day of fun that was less strain on our wallets and to enjoy nature.

And we did enjoy the park–for the first hour we were there at least.

Some of the family went fishing, some monkeyed around on the playground equipment, and some took a peaceful stroll over the grounds. Then, the worse suggestion ever happened.

“Why don’t we go and walk the trail?” This was suggested by my mom whose beginning plans to get the family there originated from her desire to get some exercise by walking.

I, however, being the lazy, indoor-loving person I am, did not know about any trail and had not seen an indicator for one anywhere on park grounds. “They have a trail? Where? I haven’t seen one.”

In response to my question she says, “Over there” and points all the way to the other side of the park. “It’s not marked but Chris said he’s been through the trail before and he can make sure we get through it.”

This was a believable statement, as I knew that Chris, my mom’s boyfriend, loved to do activities in nature, like hiking, camping, and fishing, in his free time. So, we decided to go and take a few others with us.

The complete party of trail walkers consisted of my mom and Chris, my grandmother, my cousin Harley, my brother and his girlfriend and me. Before we set out on our journey, Chris’ son, brother, and nephew had already started walking the trail and were ahead of us by maybe 10 minutes.

And so, off we went down the path.

It became obvious about only a minute in that unmarked also meant uncared for, as the trail was not obvious and there were thorny plants overtaking what parts of the trail were worn and easily followable along with the more overtaken parts.

Even further in it became apparent that the path had not been cleared in a very long time–there were rotten tree limbs and logs that fell right across the trail that we had to jump over and side step them to stay close to the path.

After about 30 minutes of jumping logs, walking over decrepit bridges, and getting our shoes stuck in mud, we finally came to (what we hoped) was the end in the form of a small clearing with a wooden arch on the other side.

When we reached the arch, Chris exclaimed “From here it should only take us about 15 minutes to get back to everyone else, I think.”

We really should have paid attention to that “I think.”

The wooden arch led to a very straightforward path that could be looked down for what seemed like forever. At the end of forever, none of us saw anywhere resembling the place we left from, but we trusted Chris to lead us the right way.

And so on we went for about 10 minutes before our peace was interrupted by a phone call for Chris. After standing for a few minutes waiting for our guide to lead us we finally learn that the group ahead of us with Chris’ son has had some problems.

Another 10 minutes of walking and we’ve found the boys. “Did y’all come this far just to find us?” asked Chris’ brother, Robert. “We thought you’d just wait so you could show us the turn for the end.”

“What? We haven’t reached the end yet. We’re still following the path.” Chris sounds less sure about what he’s saying now and we all trade uncomfortable glances listening to them talk.

“Well, if you keep going this way you end up where we were.”

We talk amongst ourselves and decide that Robert’s group must have missed a turn somewhere and continue to trudge on.

While walking we find the remnants of what looks like caution tapes which say “DANGER” on one side of the trail. By this point we could no longer keep quiet. “Are you sure this is the way? It looks really sketchy if it is,” my mom says to Chris.

“I’m not too sure anymore. But I don’t know where else we could have turned because there haven’t been any other places that looked like part of the trail.” This we all agreed with.

Eventually, Chris’ son decides to go off path in the direction of the park to see if he can find the trail or a road. He is successful in finding the road in the park, but we all have to trudge through really soft mud to get to it. We end up with muddy shoes and wet socks for our reward.

It is only after we walk back to the tables where we left everyone before our walk that Chris says, “You know, I remember now that I got lost when I walked the trail a few years ago, too. Except I ended up on the highway and had to walk back to the park. You know what? The next time I suggest a walk, please slap me on the arm or something.”

“Will do,” we unanimously replied.