Super Merger: What the Disney/ Fox merger means for the future of Marvel films 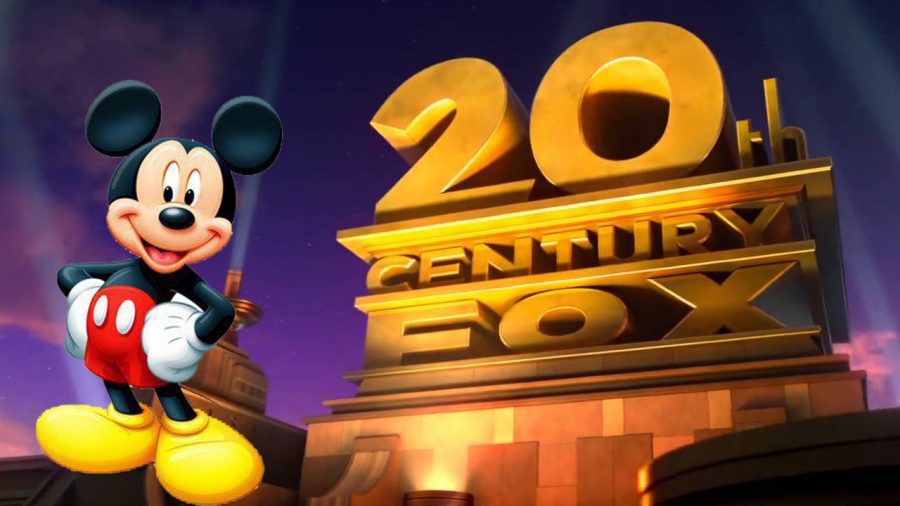 On Wednesday, March 20, Disney and 21st Century Fox completed one of the biggest mergers in Hollywood. In this deal, Disney purchased the film and TV assets of 21st Century Fox for a massive $71.3 billion.

This purchase of content gives Disney control of many successful film and TV franchises such as Alien, Titanic, How I Met Your Mother, and The Simpsons. However, two of the most interesting new additions to the Disney empire are the X-Men and Fantastic Four franchises.

This deal reunites the X-Men and Fantastic Four characters with the rest of the Marvel universe.

Both Fox and Sony used their new additions to jumpstart the beginning of the popularity of superhero movies in the early 2000s. Fox found success with their X-Men movie franchise in its first couple of films but had trouble in the box office and with critics because of two poor received Fantastic Four films and an even worse reboot of the franchise. They continued their misfortune with several less than stellar X-Men movies in an attempt to reboot the franchise while keeping old storylines intact. Fox found success again in their films Deadpool and Logan.

Sony also had both success and struggles in their handling of the Spider-Man franchise. The company started out by releasing a trilogy of movies that had mixed reviews. After the third film received poor reviews from critics, Fox decided to reboot the franchise with The Amazing Spider-Man and a sequel following it. There were plans to continue the franchise with more films but those plans were eventually stopped. Sony recently released their most popular Spider-Man film in the animated film Spider-Man: Into the Spider-Verse.

Meanwhile, Marvel decided to use their less popular superheroes to start their own movie studio in 2008. They started their movie franchise with the first Iron-Man movie. The success of the movie resulted in the start of what would become the most successful movie franchise in history.

The Marvel Cinematic Universe (MCU) managed to gain a large amount of success despite not having rights to their most famous comic book characters. They used characters such as Thor, Captain America, Doctor Strange, and the Guardians of the Galaxy to create a massive franchise that led to major crossover films like The Avengers.

Marvel was bought by Disney in 2009, during the beginning stages of the MCU and has become one of the main branches of the Disney franchise.

Since the launch of the MCU, Marvel has fought to regain control of the characters they sold in 1993. They made a deal with Sony to share the rights to Spider-Man so Marvel could introduce him into the MCU. Since then, the character has appeared in three movies, one being a standalone Spider-Man film, and is expected to have a sequel coming out in the summer of 2019.

The Fox merger gives Marvel back control of the other characters they lost in the 1993 deal and open the door for the company to once again reboot the characters, this time in the same universe as the rest of the Marvel superheroes.

Bringing the X-Men and the Fantastic Four characters into the MCU gives Marvel the opportunity to bring more stories from their comics to the big screen. Marvel always turn to their comics for inspiration when making movies in the MCU. Some of Marvel’s biggest films are based on series or major events in their comic universe. Those movies include The Avengers, Captain America: Civil War, and recently Avengers: Infinity War.

The new additions to the MCU are coming at a time when some of Marvel’s major stars are considering leaving the franchise. Robert Downey Jr., who has played Iron Man since the beginning, is rumored to leave the character after his contract expires at the end of their next film Avengers: Endgame. Two other stars expected to leave after their contracts expire are Chris Evans (Captain America) and Chris Hemsworth (Thor). If all three of these men leave, that leaves Marvel without three of their main cornerstones of the MCU. These holes can be filled by the X-Men and the Fantastic Four.

There are many ways Marvel can introduce these characters into the MCU, and fans will be waiting to see how the newest heroes are brought in to the franchise. There is no certainty how long it will take until fans can watch the X-Men and Fantastic Four as a part of the MCU, but one thing that is certain is that Marvel now has even more opportunities to entertain their fans for years to come.