Thrown for a Looper 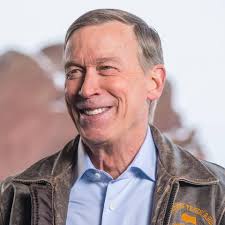 Equality and equivalencies are not always the same thing.

According to CNN, former Colorado Gov. John Hickenlooper, when asked if he would consider a woman as his running mate for his presidential campaign, questioned why women are not asked the same thing about men.

Hickenlooper shrugged as he asked, “How come we’re not asking more often the women, ‘Would you be willing to put a man on the ticket?'”

He stood by his question, saying that asking men this question “discounts the chance of a woman winning” the nomination themselves.

Many Americans feel that this question was asked in poor taste, as the United States has never had either a woman as president or vice president. In fact, in 1984, it was called a “disaster” when Walter Mondale chose Geraldine Ferraro as his running mate.

“If a woman became president,” some argued, “she could push the nuclear button in a fit of PMS and end the world.”

Though people do not always make these arguments in regards to women running for president or vice president now, the fact remains that women have yet to hold either position.

“Equality,” one woman said “does not mean we have to be asked all the same questions men are. Until a woman holds this position, this question is pointless.”

CNN says that “notably, Sen. Elizabeth Warren of Massachusetts, another 2020 contender, was asked Sunday if she would pick a man as her running mate,” to which she replied, “I want someone who is going to get out there and fight on behalf of working people. That’s what matters most.”

CNN added that Warren “commended male Democratic candidates who say they will choose a woman as their running mate if they win the nomination, telling reporters that ‘whatever they want to do to throw more ideas into this debate I think is great.’”