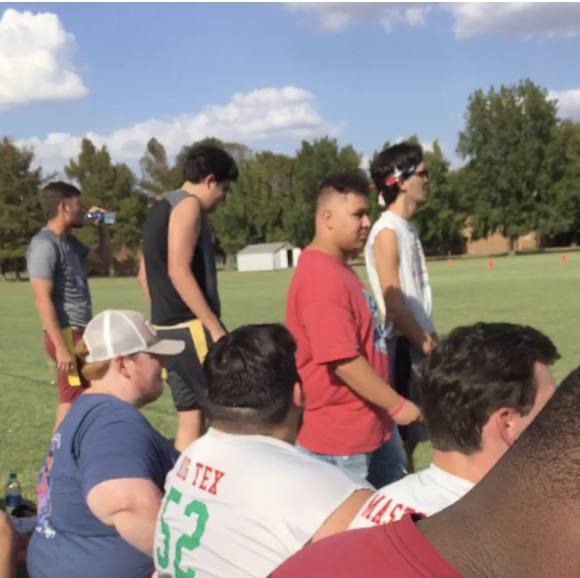 This is a picture of what happen when people don't want to involve themselves in situations.

A violent fight occurred at Delta State University on Friday, Sept. 19, 2019. There was a huge crowd, but no one stepped in to help.

According to the U.S. Department of Justice, “About sixty-six percent of all violent crimes between 1993 and 1999 occurred in the presence of someone in addition to the victim and offender(s).”

Bystanders of bullying and physical violence often fail to step in when a victim is under harm’s way. According to Psychology today, this is called the bystander effect.

Psychology today states that the bystander effect occurs when the presence of others discourages   an individual from intervening in an emergency situation.

The larger the group of bystanders, the less likely the chances that someone is going to step in. This is called diffusion of responsibility. This is when onlookers are less likely to intervene because there are other witnesses who seem likely to do so.

In an ambiguous situation, people are less likely to offer assistance. When there is a perceived cost to bystanders, such as getting injured or too involved, the likelihood of helping decreases.

Students are sometimes scared that if they get involved, they too will be punished.

Austin Housley, a freshman here at DSU, witnessed Friday’s fight. He reported, “I didn’t step in because I wanted to keep my fraternity brothers out of it. We knew they were going to get in trouble for fighting and we didn’t want our name thrown in there.”

Delta State professor of Psychology, Dr. Jacqueline Goldman, suggests that “educating students on how to help others should be a part of our orientation curriculum, similar to when we discuss Title IX and sexual assault on campus.”

“[Students] should be encouraged to report and be told how to successfully do so without bringing harm to themselves,” Dr. Goldman continues.

Dr. Goldman expresses that the most important thing when discussing the bystander effect is to eliminate anonymity. She states, “If a situation is occurring, it’s imperative to call people out.”

For example, instead of just calling out for help, the victim could specifically call out someone: “You with the red sweater, help me please!”

Educating and encouraging students to be active bystanders could prevent future fights on the Delta State University campus.