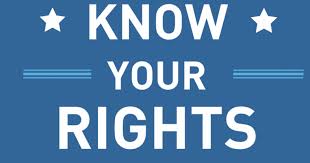 What is Police Brutality?
Police brutality is a rising occurrence in America.

As defined by uslegal.org, police brutality “is a civil rights violation that occurs when a police officer acts with excessive force by using an amount of force with regards to a civilian that is more than necessary.”

According to britannica.com, Americans of all races, ethnicities, ages, classes and genders can be victims of police brutality.

According to BBC news, “accurate data on police shootings is difficult to obtain because local police forces are not obliged to provide figures.”

BBC News continues, “According to a database compiled by the Washington Post, 709 people have been killed by law enforcement officials so far this year and about 20% of victims were black. Texas had the second-highest number of total deaths.”

Video: https://www.youtube.com/watch?v=L3Qsx2QMRlU
Cases of police brutality
On October 15, 2019, in Fort Worth, Texas, two police officers responded to a non-emergency call. The officers were responding to a welfare check call when a neighbor saw Atatiana Jefferson’s mother’s door ajar.

Officer Aaron Dean fired shots into the house and killed Atatiana Jefferson in her mother’s home. The officer claimed that the silhouette looked like an intruder. Dean demanded Jefferson put her hands up and shot her seconds after.

James Smith, the neighbor who called, says, “If I had never dialed the police department, she’d still be alive.”

Smith told local media, “It makes you not want to call the police.”

Officer Aaron Dean was charged with murder and resigned from the Fort Worth Police Department. The officer is described as “reckless” in a BBC news article.

In another case, a young Georgia toddler suffered burns all over his body after officers threw a flash grenade into his playpen during a raid in December of 2015.

On April 21st of 2014, another victim named Neykeyia Parker, was violently dragged out of her car and aggressively arrested in front of her young child. The officer claimed that she was “trespassing” at her own apartment complex in Houston.

A video to show more cases: https://www.youtube.com/watch?v=NPQimBNWytY
What are the causes of Police Brutality?
Police brutality is an abuse of power over ordinary people. There are many underlying psychological reasons for the violent behavior. According to Business Insider, the standards on what constitutes brutality vary widely.

William Terril, former police officer and professor of criminal justice at Michigan State, explains, “Excess is in the eyes of the beholder.” There is an inconsistency of standards from department to department.

Terril continues,  “To one officer ‘objectively reasonable’ means that if you don’t give me your license, I get to use soft hands, and in another town the same resistance means I can pull you through the car window, [or] I can taze you.”

Another reason police brutality occurs is due to the minimal consequences for misconduct.

According to Business Insider, in New Jersey, almost 99 percent of police brutality cases go uninvestigated. Only one out of three police officers are convicted nationwide.

On a national level, prosecutors decline almost 95 percent of police brutality cases. USA Today says this is because juries “are conditioned to believe cops, and victims’ credibility is often challenged.”

According to a statistic on mapping police violence.org, there were only 23 days in 2018 where the police did not kill someone.

Mapping Police Violence also found that police killed 1,147 people in 2017. African American people were 25 percent of those killed despite being only 13 percent of the population.
Psychological reasons for police brutality
A recent report on NPR indicated that officer fear is part of the problem with police brutality.

Gordon B. Moskowitz, chair of the psychology department at Lehigh University, says, “it is naive to call these events racialized decisions in the manner most people think about race.”

He continues, “However, it is equally naive to say Americans live in a post-racial society where such actions are not influenced by race.”

Moskowitz’s research looks at the thought processes that occur unconsciously. His research reveals the part racial bias plays in police brutality. He suggests that what people imagine is often very different from the way bias actually manifests in everyday life.

“The actual impact of racism on our decisions can be very subtle, often not something easily recognized by the people who are being influenced,” he continued.

Moskowitz explains further, “Similar to people pulling their hand from a hot stove, individuals develop fast, reflexive responses to other people and situations that help prepare appropriate behavior. When stereotypes are triggered, the consequences can be inappropriate and undesired responses that might not be endorsed if the people involved were aware they were doing it.”
How does police brutality impact society?
According to citylab.com, in the U.S., African Americans are 2.5 times more likely to be killed by police than white people. For black women, the rate is 1.4 times more likely.

For many African American youth, the disproportionate and often traumatic experience of police arrest and use of violence is often lethal. Racial prejudice and the unchecked authority of police officers are to blame.

According to USAtoday.com, Boston University and the University of Pennsylvania researchers found their findings support, “recent calls to treat police killings as a public health issue.”

The research found that the mental health spillover effects of police brutality against unarmed African Americans could be the result of “heightened perceptions of threat and vulnerability, lack of fairness, lower social status, lower beliefs about one’s own worth, activation of prior traumas, and identification with the deceased.”

This is affecting the communities and making them less safe for citizens and police officers.

Police brutality is causing a distrust between citizens and the police force. People don’t want to call the police because they are afraid the police will treat them unjustly.