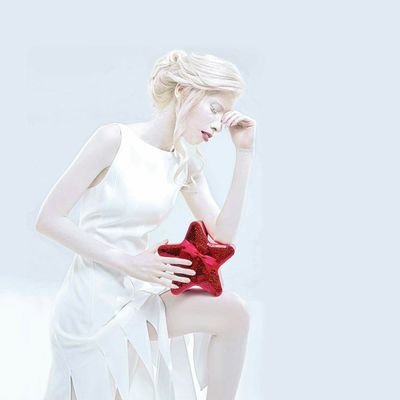 What is Albinism?
Albinism, also called Achromasia, a rare inherited disorder, causes an individual to produce little to no melanin.

Most people with albinism have pale skin, eye conditions and sensitivity to the sun. In fact, albinism increases the risk of skin cancer. People with albinism also experience blurred vision, rapid involuntary movement of the eyes and loss of color from their skin.

Albinism is a condition without a cure, but people with albinism can take preventative measures, such as sunblock and protective clothing. Doctors treat eye conditions with corrective lenses, contact lenses and glasses.
How does society view Albinism?
Society tends to isolate people who suffer from albinism because of the way they look. Because society perceives them as different and threatening to the status quo, healthcare, education and employment discriminate against people with albinism

People often use the term “albino” to dehumanize people with albinism.

When the media shows people with albinism, it portrays them as deviant, supernatural or evil. For example, movies like “Foul Play,” “End of Days,” “The Matrix Reloaded” and “Cold Mountain” are films with deranged or sadistic albino antagonists.

These negative images are ingrained in many societies, and discrimination is rampant in sub-Saharan African countries.

According to Samuel Centre For Social Connectedness (SCSC), about 90% percent of people with this condition in sub-Saharan Africa die before the age of 40 due to persecution or intense exposure to the sun.

SCSC says that in Tanzania, people believe that individuals with albinism will bring bad luck or possess magical powers. Their safety is often at risk because people kidnap and kill them.

Even in the United States, society questions the blackness of people of African descent with albinism. Since people with albinism appear white because of their skin, people are quick to categorize them for what they see.

This type of discrimination causes damaging emotional and mental effects. People with albinism often experience depression, anxiety and other forms of psychological stress.

Continuously face social exclusion only heightens these feelings.
How does Albinism affect me?
Growing up with albinism has affected me in the worst ways. People would see my skin and categorize me as a white person because I wasn’t as dark as the average African American.

There were plenty of time when I wanted to change because I didn’t feel happy with myself because of the way people treated me.

There was a point in my life when my Godmother would say things like, ”Don’t call yourself an albino because you are beautiful.” Her words inspired me to look past my condition and realize just how unique and beautiful I really am.

As I grew up, I overcame what people thought about my skin because I learned to love myself and who I was. I realized I wasn’t just this “albino girl” that people saw; I am an African

America woman.
How do others overcome Albinism?
There are a lot of other people who have overcome their struggles with albinism.

According to People.com, after a lifetime of being teased and misunderstood, model Ruby Vizcarra, made it her mission to overcome the stereotypes about her skin condition. She encourages others to embrace their natural beauty.

She looked past what people would say or think about her to pursue her career as a model. Once being signed by an agency, she realized she wasn’t going to book the jobs she hoped for, so she forged her own path.

Ruby Vizcarra believes, “Being different is a blessing.” She wears no makeup because she wants to show who she truly is. She inspired other women with albinism to want to do the same.