Beating Stress with a Roll of the Dice 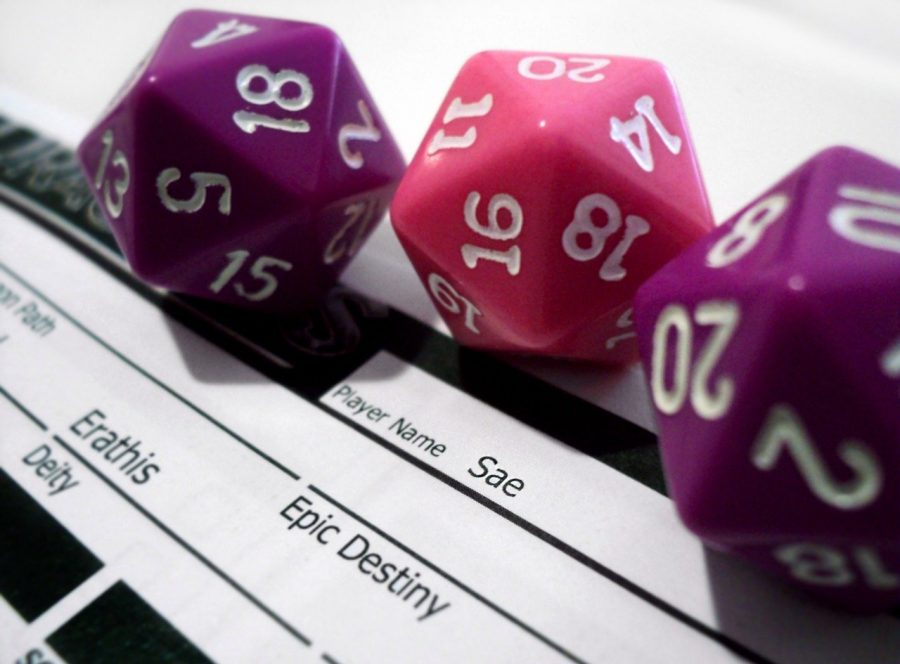 DSU’s Delta Nu Delta (DND) has been pulling in members for little over a year, yet the club remains widely unknown.

DND is, fittingly, a Dungeons and Dragons (D&D) club. Despite its underground player base, D&D is beloved on college campuses everywhere, so it should come as no surprise that DSU would have its own population of players.

“I’ve seen mostly a positive impact… it really pays to take a break every once in a while and just hang around and throw some dice. It’s a great stress reliever.” he stated.

Sharp adds that D&D is “a great creative outlet.”

Likewise, Bri Gates called the club, “It’s A great way to get out emotions because you can become someone else”

Fellow player Jenn Rich weighs in, calling it “a place where [she] made a lot of [her] close friends.”

Delta Nu Delta has a zero-tolerance policy regarding racism and homophobia. “We like to keep an environment that’s open to everyone and bigotry is simply unwelcome in our club.” says Sharp.

Delta Nu Delta is growing with more people becoming interested in joining the club. For those who do not quite know how to play, seasoned players are always willing to help.
On Actual Gameplay
D&D is a popular tabletop Role Playing Game initially released in 1974. Players form their “Party” to play out scenarios by a designated player known as the “Dungeon Master” or DM for short.

Players have to perform during scenarios. The effectiveness is dictated by dice roll and the outcome is random.

The game has recently seen an uptick in popularity coming off the back of hit Netflix series “Stranger Things.” Podcasts like “Critical Role” have also drummed up interest in the subject.

Each semester, Delta Nu Nelta welcomes a new stream of faces intermingled with the ones who have been playing since its inception and in just over a year, DND has cemented itself as a part of campus life.