Man Made of Glass

A Critique of the Toxic Male 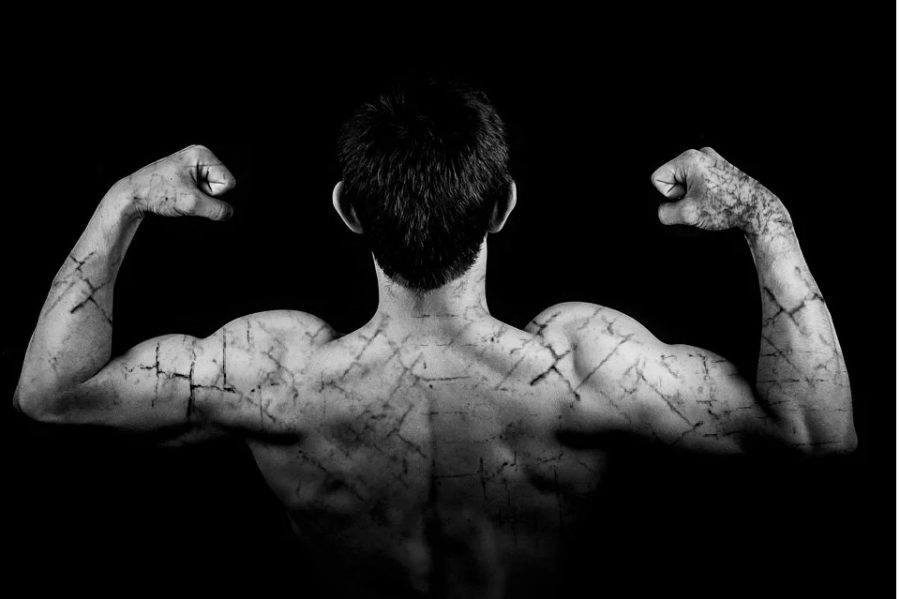 I guess it was early summer because the neighborhood douchebags were out in full force, and my ill-fitting jeans had rubbed blisters all over my chubby thighs. Despite being probably thirteen or fourteen at the time, puberty had more or less skipped me. I was blessed with the face of a baby and the voice of an eleven-year-old.

I want to say I had friends at the time, but this was Grenada, Miss. If you didn’t grind into your burlap boxers every time a woman (of any age) passed by, you were kind of an outcast. And for clarification, I was kind of an outcast. I had already garnered the reputation of the “Neighborhood F*ggot,” but my desperation to not be lonely overrode my sense of self-preservation.

The brothers (they don’t deserve names, trust me) had come and pulled me from my safe haven of anime rom-coms and dorky chat rooms. I followed them through the blazing, humid neighborhood, down the arduous hill named Chickasaw Drive and back to the little blue house that has marked so much trauma I can’t even think about it without getting a fight or flight response.

As I walked in from the carport to the kitchen I could already feel the hostile energy wrap around my throat. I don’t remember why, but I suddenly wanted to be anywhere else. But I kept silent and followed them into the living room. There he sat, a tall, flippy haired, Kirk Academy wannabe.

At the time, this assertion terrified me. I mean, I was a pacifist—I’d never even been in a fight because I liked to Steven Universe my way out of situations by crying at my enemies. Malfoy here had obviously never been taught such emotional problem solving, and so his solution to the sudden friction in his jeans was, I guess, to try and “punch the girl out of me.”

It is my assessment that people often use violence because they’re too emotionally stunted to actually use words. Their response to emotional stimuli is using hands and fists because “me no speak well must hit to make point.”

Going back though, I find it hilarious. I mean, my androgyny genuinely perplexed Malfoy. My very existence confused and terrified him, and that me his target. I mean good God, what if I’d been gay, too? The poor boy would have had a meltdown.

See, there’s a conversation we aren’t having. Toxic masculinity harms boys, too.

I was harmed by it because my inability to meet masculine standards made me a target to everyone around me. I have been called every slur in the fourteen year old gamer’s big book of slurs simply for being born different.

Because I wasn’t the ideal, I became a target. This is ironic, of course, because I would later see Malfoy wearing a Hawthorne Heights t-shirt. An emo band. A band from a scene dedicated to social justice and pushing back against male aggression and challenging gender norms—THE SUBCULTURE DEDICATED TO ANDROGYNY.

Malfoy wanted to attack me for being “Girly” when the music he listened to promoted boys crying and wearing eyeliner.

Maybe the reason he was so terrified of me was that he was just as “different” as I was. Unlike me, however, he wanted to hide it. The fact that I wore my “difference” on my sleeve probably infuriated him.

Masculinity is not inherently harmful, but this form of half-baked, hypocritical stoic-male, meathead show of muscle and the stench of penis  is incredibly harmful to everyone who has to deal with it. It’s disgusting. If you want to present traditionally masculine, then by all means, live your best life. Just don’t expect me to be mega masculine just because you are.

I can only come to one honest-to-God resolution here. Men fight because they aren’t “man enough” to talk. Men resort to violence because their fragile standards can’t handle anything they can’t control or understand.

We aren’t taught emotional nuance, and are instead pushed to be expendable meat sacks.

We criticize each other so harshly because male-to-male affection has been demonized by patriarchal society. The point of post-modern male expression is not to diminish, or emasculate men, it’s to allow us to be ourselves. We’re challenging the Jordan Peterson ideal man, and all the toxic little boys are having an emotional crisis because all they know is anger and horniness.

Maybe we should teach our boys to be their truly emotional and soft, flowery selves instead of cramming their dressers full of potato-sack underwear and ill fitting t-shirts. If your son wants to use cherry blossom shampoo, let him. I’d rather be around a guy who smells like a grandma than one who smells like testosterone and bacon grease.

Nothing about me was harmed for being allowed to cry and express excitement. I did not, and will never, live up to the frankly sociopathic stoic male standard. A blessing and a curse, really, because on the one hand, I’m not an ignorant meathead; however, machismo douchebags will always target me for never being like them.

I have come to the understanding that I will never be able to fit with the binary, but I at least have the ability to accept the fact that there are people who do. It would be nice if society could do the same for people like me.

Men do not owe masculinity to anyone. Cry, sip strawberry milk, giggle, blush, buy yourself some flowers, take a long hot bath, and marathon Gilmore Girls. Nothing you enjoy should, or does, define your sexual orientation or gender expression. You are allowed to do whatever you want as long as you’re not policing someone else.