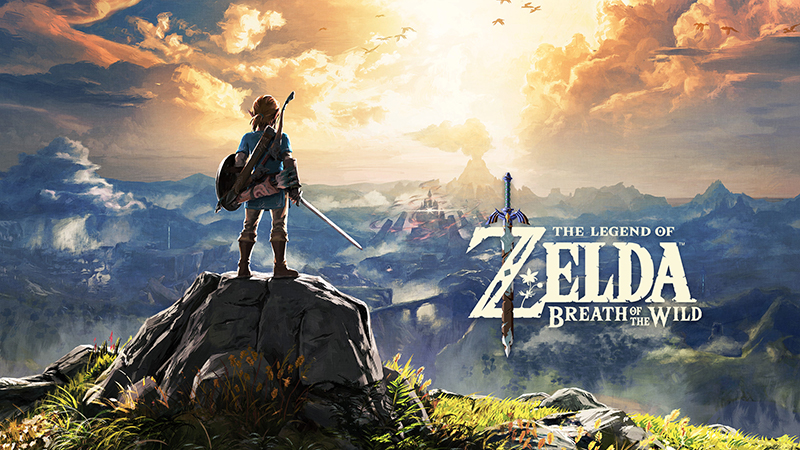 What is art? When someone thinks about art, they probably picture Vincent van Gogh’s “Starry Night” or Michelangelo’s “David.” They tend to think of paintings and sculptures that are on display in a museum.

Video games most likely do not come to mind when a person thinks about art. People believe that video games are entertaining, but they do not considered them an art form.

However, opinions have begun to change as more video games have been released to the public.

While some people and critics claim that video games are not art, many believe that they are.

What Changed?
In the year 2012, from March 16 to September 30, the Smithsonian American Art Museum displayed an art exhibition titled “The Art of Video Games.” The art exhibition, according to the official Smithsonian American Art Museum website, was said to be “The first exhibitions to explore the forty-year evolution of video games as an artistic medium, with a focus on striking visual effects and the creative use of new technologies.”

“The Art of Video Games” was curated by Chris Melissinos, who, as stated by the Smithsonian American Art Museum website, is “the founder of Past Pixels and collector of video games and gaming systems.”

Chris Melissinos clearly believes that video games are art. In his article “Video Games Are One of the Most Important Art Forms in History,” he states that, “As an art form that has only existed in the digital space, video games are truly a collision of art and science” (Melissinos 2015).

It may be hard to believe that video games are works of art and a question remains: Why? Why are video games art? Aren’t the sole purpose of video games to give people entertainment? Well, to answer this question, let’s examine the definition of art and observe the hard work that goes into creating video games.

The Definition of Art
According to the Merriam Webster Dictionary, the fourth definition of the word art describes art as “the conscious use of skill and creative imagination especially in the production of aesthetic objects.” This definition applies to all forms of art since someone had to use artistic skills and imagination to create something.

Artists, sculptors, authors, movie directors, and many more have applied their artistic skills and creativity to their work. For example, Georges Seurat used his artistic abilities to created his painting “A Sunday Afternoon on the Island of La Grande Jatte.'”

Likewise, Suzanne Collins used her artistic way with words and creativity to craft her book series “The Hunger Games.” “The Hunger Games” is an iconic series that has a memorable story and characters such as Katniss Everdeen and Peeta Mellarck.

Based on the definition of art from the “Merriam Webster Dictionary” and the examples above, video games are indeed art.

Why Video Games are Art
All video games, even simple first-person shooters like “Call of Duty,” are works of art because someone used their artistic talents and imagination to create a game. Video games usually always tell some sort of story through a character’s or characters’ perspective and the game takes place in a world, whether that world is Earth or a fantasy world.

“The Legend of Zelda: Breath of the Wild,” a game published by Nintendo, keeps its three iconic characters, Link, Princess Zelda and Ganondorf and the memorable land of Hyrule. It also keeps the same premise that Link must defeat Ganondorf who is trying to take over the land of Hyrule. The game is fresh since the artistic design is different from its predecessors, and there are new game mechanics such as a stamina wheel and weapon durability.

The game is also innovative because, unlike previous games, “The Legend of Zelda: Breath of the Wild” has a massive open world that players can explore to their heart’s content. This game is an art piece because of its colorful and well-designed graphics.

“The Legend of Zelda: Breath of the Wild” is quite a work of art because it tells a story with a memorable cast of characters. It has new game mechanics that players had never seen in former games. Overall, it is just a beautiful game. However, this game did not just appear out of thin air; a team of game designers and game developers created it.

Artists Create Video Games
Christopher Melissinos wrote in his article, “Video Games Are One of the Most Important Art Forms in History,” that video games “include many forms of traditional artistic expression- sculpture in the form of 3D modeling, illustration, narrative arcs, and dynamic music-that combine to create something that transcends any one type” (Melissinos 2015).

The Video Game Designers
Video game designers, according to the article, “TIPS FOR STARTING A VIDEO GAME DEVELOPMENT OR DESIGN CAREER,” written by Tim Stobierski, “typically work in teams to tackle elements such as setting, character, and object design; animation, and the overall mood, style, and mechanics of a game” (Stobierski 2020).

Video game designers are the ones who designed each quest, temple, and character that reside in the land of Hyrule.

Other members of the team of video game designers helped create the world, temples, characters and enemies by creating concept art. These team members are known as concept artists and according to the article “What a Concept Artist Does and Types of Concept Art Today,” they are artists whose “job is to create the artwork that defines the look and feel of different entertainment projects” (Architecture Lab 2019).

Concept artists are also the ones who are “in charge of designing characters, the environment, theme and various props associated with the storyboard of a project” (Architecture Lab 2019). The concept artists who worked on “The Legend of Zelda Breath of the Wild” designed Link’s overall appearance, his armor and each weapon that he can equip. They are the ones who also created the powerful guardians and the monstrous bokoblins.

The Video Game Developers
A team of game developers created the colorful graphics, along with the mechanical gameplay, in “The Legend of Zelda Breath of the Wild.” Game developers, according to Tim Stobierski, “work to convert the concepts created by a designer into a tangible, playable product through computer code” (Stobierski 2020).

The game developers who worked on “The Legend of Zelda: Breath of the Wild” are the ones who created the 3D models of the characters and monsters. They are also the ones who programmed Link’s movement and the mechanics of dungeons and temples.

Therefore, after looking at the definition of art and the artistic work that goes into creating games, video games are indeed true works of art.