Ladies, It’s not Always our Fault 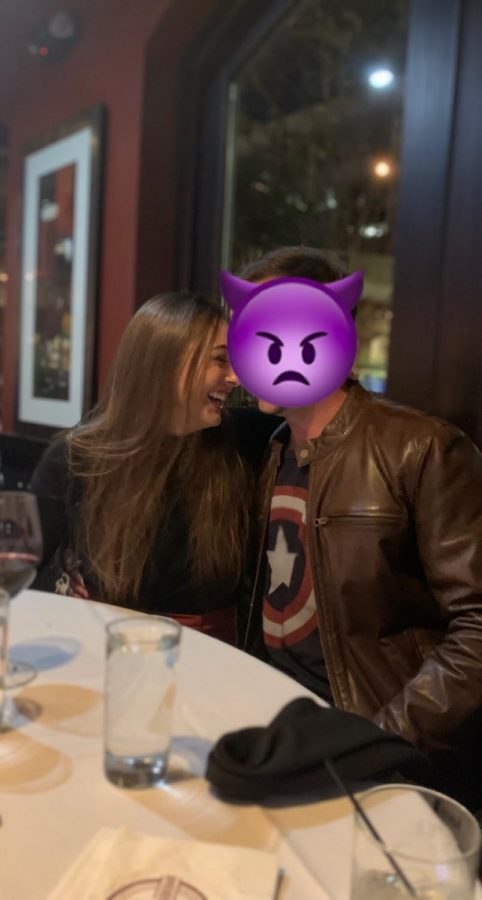 This image was taken 24 hours before an emotional disaster.

I just got out of a relationship that I assumed was one of the happiest of my life. Everything was going great – no arguments, no conflicts – everything was peaches and cream. Until it wasn’t. You could say age was a head-scratcher considering he was seven years older than me, but he contributed to the relationship, too. The more I think about it, how it ended was not completely my fault!

The Vacation We Thought We Needed

Previous Halloween, my boyfriend and I (let’s call him Caterhoula) wanted to go out of town to enjoy Halloween. My best friend invited us for the weekend, and what better way to spend Halloween than with your best friends from college and your boyfriend? Well, it certainly could have gone better.

If You Give a College Girl Vodka

Friday night, after we had settled in, shit hit the fan. Three 20 year old, drunk, best friends are not a calming mix. I was down nearly seven Moscow Mules, and it was noticeable. Caterhoula was my pillow in the Uber ride home that I barely remember. By the time we got back, I was somehow sobbing my damn eyes out about how much I appreciated everyone in the room – then, I passed out.

I spent the next morning apologizing about how much of a fool I made of myself, considering I don’t even get that slushed. Caterhoula just brushed it off saying, “Oh don’t worry about it, babe! We have all been there!” I just had a gut feeling that something was bothering him. Maybe it was the fact that I made him take over 50 photos with me throughout the night, or maybe it was the toddler-like moment I had in my friend’s living room at 3 o’clock in the morning. My friend enjoyed the show, though. “Highlight of the night,” she said.

You have to remember that I am 20 years old! I’m not 30, 28 or even 24! So of course, I cannot handle myself when I go out in a fully mature and “professional” way. So before I’m judged, remember your junior year in college and then come after me.

Later that night, I made my friends do my dirty work. “I don’t know if he still likes me,” I said to them as we were getting ready in the bathroom. “Find out what he thinks about me.” I knew how stupid that sounded, considering this man drove all the way to Baton Rouge with me for the weekend, but it was just a gut feeling that wasn’t a hangover.

“I’ll pretend that I’m drunk and ask him what he thinks about you,” my friend responded.

To make a long story short, he ended up telling her, “I was actually planning on breaking up with her. I’m probably going to do it tomorrow morning on the way home.” When she told me that, I felt as if a train had run over me. The world just stopped, like when you hit your acrylic nail and it slightly goes backwards. I wondered if what I did Friday night had embarrassed him or made him see me in a negative light.

“Well,” he said with a long sigh, “I think it would be better off if we just ended it.”

“I just think the maturity levels are off. We’re different and there are just some things you do that I can’t handle.”

This is where I was getting a little more upset. What do I do that “he can’t handle”? He has never said or shown any concern or dissatisfaction. “Like what? Why didn’t you just tell me?” I asked, now getting a bit hostile.

“I shouldn’t be the one to tell you. That’s for you to figure out. You know what’s right and wrong.”

Like I said, how the hell was I supposed to know this? Maybe that’s why he’s single at 27; he doesn’t feel like communicating everytime he has a slight conflict in his relationships. If all he did was tell me that what I sometimes say bothers him! It’s like finding a cute pair of shoes on display but they aren’t your size. Are you going to just walk away or are you going to ask the employee to bring you the proper size to try on? Also, he simply cannot say that maturity levels are off if he’s the one who expects me to “know if what I’m doing is wrong!” Yes, because that’s my true intention – learning what his weaknesses are to use against him. Give me a break.

The next day, our relationship? Was history. We went home, said our goodbyes and he left. The feeling of emptiness he left me with had me feeling that everything was my fault. If I was better, then he wouldn’t have dumped me. If I had just kept my mouth shut, then everything would have remained the same – he’d still like me. The guilty feeling inside just ate me.

Why He is Never Worth the Tears

It took a week for me to realize that it’s not my fault. None of it was and that’s on him. He made me feel as if it were, but I was the best person I could be in the relationship. I may be only 20, but at least I’m mature enough to communicate what bothers me to avoid a larger conflict in a relationship. I also won’t end a relationship after one awkward night of drinking.

So, just remember that just because your partner left you – it’s not always your fault. They want you to think that it is, of course, because it strengthens their egos and pride. If you were the best you that you could be, then do not feel as if you are the reason you’ve been hit with the trainwreck of emptiness and guilt.