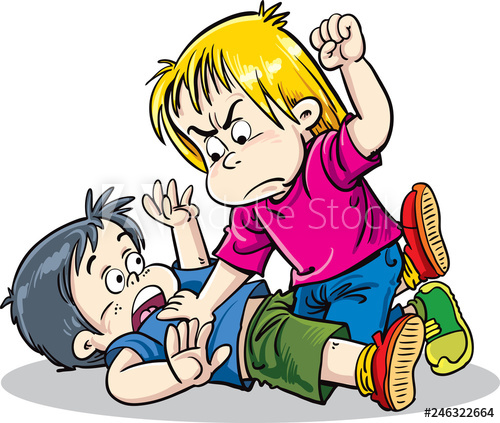 The week of Nov. 3, 2020, was an interesting one to say the least. That was the week I began my time at the Electoral Daycare.

The Electoral Daycare is a very special preschool daycare that only admits new candidates every four years. I was obviously thrilled to get involved—it was my first time being eligible, after all.

Little did I know that this would be one of the most hectic—and ridiculous—weeks of my life.
Meet the Candidates
Before this week, there were several candidates up for admittance to the Electoral Daycare, yet somehow by the time I could have a say in the process, the choice was narrowed to two sets of siblings. (There were also some random babies that were quite popular with a few of the stranger staff, but they were far from legitimate candidates.)

The first set of siblings were two not-so-cute baby boys named Donny and Mikey. They had previously been a part of the daycare yet were known as loud troublemakers.

It was time for them to renew their spot; however, they had some competition.

The competition was a boy named Joey and his sister Kammy. Joey and Kammy were pretty loud, yet compared to Donny and Mikey, they seemed like perfect angels.
The Selection Process
I’m not sure if you know this, but a long time ago, it was decided that in order to select the candidates for the Electoral Daycare, the candidates would participate in a series of debates before a vote of the daycare.

But here’s the kicker, my vote won’t actually matter. Each staff member votes, but only the heads of their crew really get a say. I work on the snack crew, and we not only have fewer votes than other crews (like the rec crew), but we consistently vote for kids like Donny and Mikey.
Debate One: The Scream Off
The first debate was one for the ages. I’m not sure what the rules were—if there were any at all—but after tuning in, it seemed to me that the goal was to be the first one to answer (regardless of whether it was their question or not).

Donny and Joey were the only two in this debate (it was for the eldest sibling) and it got loud quick!

Donny was always quick to jump on Joey—especially when he mentioned sharing toys as an option for the children—and called him many names.

These names were your typical ones: doodoo head, stinky face, and even insulting Joey’s intelligence (after trying to put a square peg in a circular hole) by saying, “Did you just call yourself smart? Don’t ever use the word smart with me. You are the dumbest boy in your class!”

However, it wasn’t just Donny that behaved, well, like a preschooler. Joey constantly avoided direct questions from the admissions moderator and told Donny to “shut up” several times.

My take-aways from the first debate were that Donny is certainly a loud child. He is often rude, but he does seem to make some decent points about sharing.

Joey, in contrast, was quieter (that’s not saying much) but also failed to answer many of the questions in a direct and timely manner.

Winner: Joey, by a nose.
Debate Two: Little Sibling Silliness
I honestly don’t remember much about the second debate. It consisted of just Mikey and Kammy—the calmer of the siblings—but that doesn’t mean that there weren’t any fireworks.

The teacher in charge of the debate asked Mikey and Kammy many of the same questions that had previously been asked to their older siblings. However, it seemed that much of the night came down to them having to defend Donny and Joey rather than actually answering any of these questions.

But it is not the lack of substance that made the contents of this debate irrelevant. At some point during Mikey and Kammy’s argument about timeout reform, a fly landed on Mikey’s head.

Kammy began to laugh uncontrollably and even resorted to calling him “Lord of the Flies” and “Fly Poo Head.” This lost her many points in what was a civil debate due to both the name calling and the fact that children her age should not be reading “The Lord of the Flies.”

Winner: Mikey, by a fly.
Debate Three: Meeting Other Kids
The next debate was much more informal than the prior two. Donny and Joey were scheduled to come to the daycare and play with the other kids to see how they got along.

Joey was able to get along with both the teachers and the other kids. He played with soft blocks, ate a fun little snack and finished the night with a fun finger painting of a green yard.

Donny, on the other hand, had some trouble with the teachers. He played very well with the other kids, yet when he was accused of being friends with bullies he threw a fit.

He stated that he had previously hated bullies and he will always hate bullies. Not only that, he asked why the teachers never asked Joey about some of his friends who were bullies as well?

Overall, it seemed that Donny made a better connection with the other students and did raise some good points about the teachers’ coddling of Joey.

Winner: Donny, by default.
Debate Four: The Final Debate (Thank God!)
Finally, the last debate was here. I actually took the day off, so I was not able to watch it first hand. However, I was able to watch a coworker’s recording.

Joey began the debate by critiquing Donny’s sanitary habits. He poked fun at Donny for having “smelly breath.” He also said he wasn’t surprised that Donny had gotten sick recently, alluding to Donny causing some of the other students to get sick.

Donny, however, was much more cool than in the previous debates. He did not yell nearly as much—Joey was actually able to finish a sentence—and even answered some questions directly

Overall, it was still almost as exhausting as the first debate due to Donny’s fiery comments and Joey’s refusal to look anywhere but directly at my coworker’s camera.

Winner: All of the staff (it’s almost over)
Selection Day
On the morning of Nov. 3, 2020, I woke up and headed to work—it’s Selection Day. Ultimately, it was up to me and my fellow coworkers to select which family to let into the Electoral Daycare.

Now I was relatively new to the process and the Electoral Daycare, but I thought I had an idea of what today would look like.

I got into work at 7 a.m. and got my place in line. Hundreds of people were in front of me—how do we afford this staff??

At 8 a.m.—30 minutes after my shift was supposed to start—they told me I was almost halfway there.

Finally, after 2 hours and 45 minutes of wading through a sea of blue and red clad coworkers, I arrived at the door in my yellow hoodie.

I clocked in and was handed a ballot—apparently there were a bunch of other measures on the ballot that I didn’t know about. It was time for me to vote.

I went over to the snack table, pushed aside the leftover goldfish and circled…