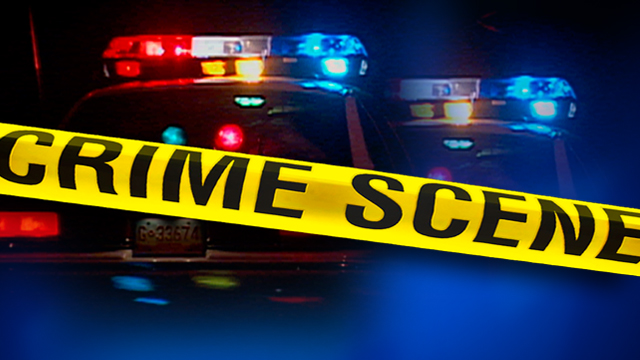 In the wake of 2020, violent crimes increased compared to pre-Covid reports despite stay-at-home orders. Cleveland’s increase in violent crime along with Delta State’s series of break-ins have left many on high-alert.

Specific violent crimes such as aggravated and gun assault in the United States rose by 15% in comparison to reports from the same timeframe pre-Covid (CNN). Unemployment during stay-at-home orders, growing economic inequality, and high tensions during quarantine are just a few of the notable factors for the increase in crime.

Because these factors are not centralized to a specific way of life, it is not difficult to see how these crimes carry over into Smalltown America.

Cleveland has experienced a dramatic increase in burglary and gun-related crimes in recent months. Several lifelong Cleveland residents have been outspoken that the town is not as safe as it once was.
Crime in Cleveland
On Jan. 11, there was a shootout between two vehicles in the Vowell’s Marketplace parking lot. Three suspects were arrested in relation to the shooting. On Feb. 6, 2021, A second shooting occurred leaving three dead and one injured. As of Feb. 11, 2021, two suspects have been identified, but only one has been brought into custody.

Katrina Horne, a witness to the Vowell’s shooting, described the shootout as an incident that was over with before bystanders knew it even began. “There were people just standing around in the parking lot looking around at each other because they couldn’t pinpoint where it came from,” Horne said.

Cleveland residents have noticed the increase in violent crimes and have been vocal on the issue across several platforms. Lifelong Cleveland native Horne says, “ [Violence] has increased in the past couple of months for sure. I’ve heard random gunshots and have heard of other shootings from other people and posts on Facebook.”

Auto-burglaries have been abundant on and off-campus. Valuable items were stolen from cars around Cleveland. On Jan. 29, 2021, Cleveland police officers made three felony arrests on the account of auto-burglary.

Delta State’s series of auto-burglaries and break-ins happened during the months of October and November of 2020. According to Delta State’s daily crime log, six incidents occurred over the two-month span. Several students have expressed concern for their personal safety and security of personal items.
Protecting Delta State
Delta State’s campus police have responded to the concerns of its students by adding extra precautions to ensure safety on campus. Randomized patrol routes help maintain a highly visible police presence. Campus police have increased their camera coverage by 25% already and plan to add much more.

Jeffery Johns, Delta State’s Chief of campus police states, “We plan to add around 50 more cameras, mostly outside.” Chief Johns goes on to explain that these cameras will give the campus police an extra advantage to deter crime and increase assistance in solving future crimes.

As of Feb. 8, 2021,  a trial run with a campus safety app is being conducted. If the trial run proves to be successful, the app would work alongside Delta State’s emergency alert system, Okra Alerts, and would allow students to communicate with campus police.

Campus police encourage students to be aware and cautious at all times. Mindful acts such as letting someone know where you are going, being aware of your surroundings, hiding valuables from plain sight, and locking your car can help protect yourself from potential threats.

Chief Johns would like students to know that the campus police are here for them and he encourages students to ask for help when crimes take place on and off-campus.