Did You Really Read a Poem, or Was it Just a Fancy Tweet? 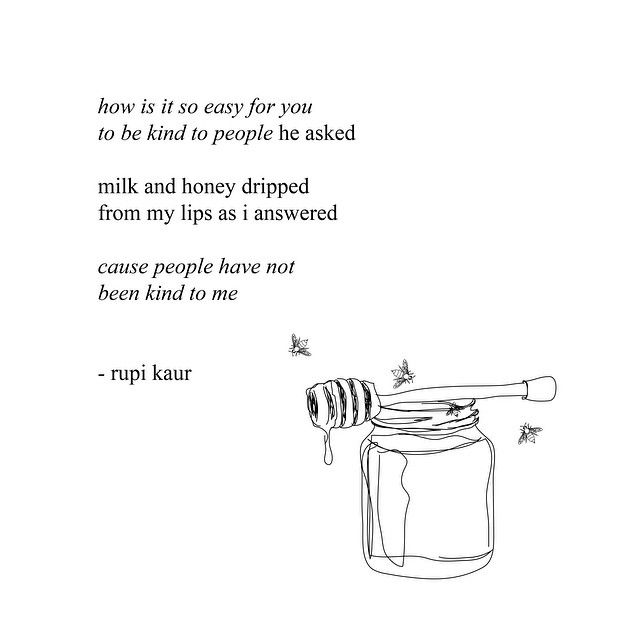 As social media continues to encourage aspiring young poets to post their work, a long-standing debate persists regarding whether or not these works can truly be considered poems.

The literary community has recently become increasingly divided on one of its longest-standing traditions: the writing and sharing of poetry. This divide centers around the steadily developing phenomenon that is “InstaPoetry,” a new kind of poetry that deviates from tradition. Its name derives from the fact that it has become popularized by social media platforms such as Instagram. Its criticism derives from the fact that, as mentioned, it blatantly disregards poetic tradition.
Traditional Form
According to author and literary critic Thomas W. Hodgkinson, the problem with most InstaPoetry is in its form: “[The authors’] posts often seem like passing thoughts, hastily expressed, then cut up at random to resemble our conventional idea of poetry” (The Spectator).

Hodgkinson is not alone in placing emphasis on form as a characteristic of poetry. When asked whether or not she thought InstaPoetry counts as poetry, an anonymous student here at DSU stated, “Part of me says it’s not because, I don’t know, I guess part of my mind of poetry is that poetry most of the time is very, like, metered. It’s very structured, and [InstaPoetry] doesn’t really have that meter and structure.”

Professor Michael Smith, Interim Chair of Delta State’s English department, attributes a lot of his fondness for particular poems to their innovative approaches to form.

“I’m drawn to poets who work with form,” Professor Smith says. “Not necessarily received or inherited form. I’m just as interested in new forms, and often these new forms are prompted by technological innovation, so I’m drawn to poets who are able to take new modes of communication and then allow that to be kind of a vehicle for poetry, for poetic ideas.”
Embracing Change
Although critics like Hodkinson do not approve InstaPoetry’s form, Professor Smith demonstrates appreciation for innovation and change. He claims that he is drawn to poets “who reinvent themselves. As the times change, as they change, they’re able to embrace new subject matters, new ways of writing, new ways of engaging the world.”

Embracing change is commonly cited (StudyBreaks.com) as a reason one should embrace InstaPoetry, with some considering it “revolutionary” (Ooligan Press).

Professor Smith theorizes the reason people oppose this kind of poetry could possibly be “the same reason that a lot of people, no matter what you’re talking about, tend to oppose the new, right? And the unexplored. They haven’t explored it personally, and they tend to dismiss it.”

As for his own opinion, he adds, “But I think that’s an error. A mistake.”
Authenticity and Accessibility
Proponents of InstaPoetry derive more from it than the thrill of change. Although the anonymous student is doubtful that InstaPoetry counts as poetry, she also finds beauty in it. She claims, “A lot of times it can be things that really resonate with you, because it’s just like short little passages and you’re like ‘oh, I know exactly what they’re feeling.’ Because it, like, it is vague, but it’s very direct in what it’s trying to – like the feeling it’s trying to portray.”

Many find this authenticity of InstaPoets appealing (LSA Magazine). When asked why others might be drawn to InstaPoetry, the DSU student speculated, “I think because it is easier to understand, and it’s so short it’s easier to grasp. You don’t get bogged down in words; they don’t normally use complicated or long words.”

This student is voicing what many proponents of InstaPoetry have been arguing for years (Affinity Magazine). They find value in InstaPoetry’s raw expression of feeling. The share Professor Smith’s excitement over poetic innovations.

Professor Smith does not only acknowledge the thrill of change. When asked why people like InstaPoetry, he notes the pleasure of authenticity.

“To find in a medium that is not really known for its genuineness moments of the genuine, I think that’s probably appealing to people, right?” he says. “And so, if you encounter on Twitter or Instagram something trying to do something other than go viral or make a memorable quip or something like that, I think it–I think it registers with people. And … as humans, we’re always looking for the genuine wherever we can find it.”
Boosting Popularity
Whether InstaPoetry truly is an authentic expression of the self or a formless and trite social media post remains a matter of intense debate, but it cannot be denied that poetry is seeing a resurgence in popularity as a result (USA Today). According to one article, over one million poetry books were sold in 2016, the same year that popular InstaPoet Rupi Kaur published her Milk and Honey collection. This was, at the time, “the highest number on record” (The Guardian).
Summing It All Up
InstaPoetry is popular, and with that popularity has come a burgeoning controversy in the literary community. The debate shows no signs of stopping any time soon, nor does the popularization of InstaPoetry as an art form.