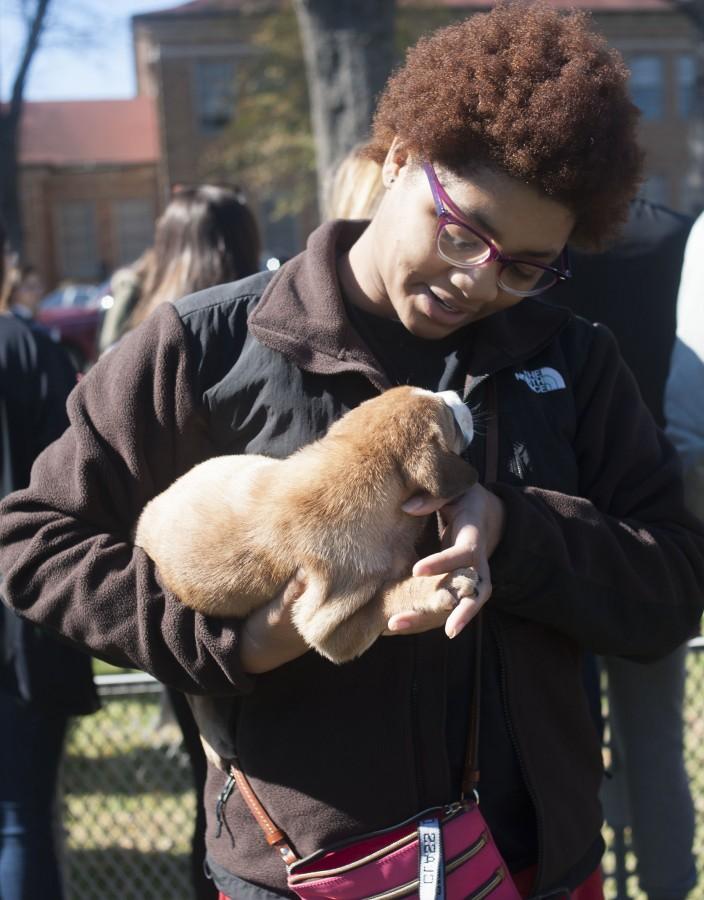 On Feb. 4, 2016, the Lambda-Pi Chapter of Kappa Sigma teamed up with the Cleveland-Bolivar County Animal Shelter to hold a Puppy Bowl on the Quad. The Puppy Bowl consisted of two open pens where the puppies could roam freely and play with each other until the students came along to play with, pet and hold them.

The Puppy Bowl’s purpose was to “promote adoption and make a happier community along with a stress break for the students,” said Kappa Sigma President Myers Taylor. Within the three hours of the Puppy Bowl eighteen puppies were adopted.

Anna McKay, a student at the Puppy Bowl, said that the opportunity to play with the puppies was her favorite part of the semester so far. She said she wishes that there could be a designated puppy day every week!

“The affection of a puppy is the purest form of love there is,” McKay said. “You can’t be frustrated and stressed when a warm, little ball of love is in your arms.” According to McKay, the day was “Heaven” and a much needed break from stress.